Happiness is holidaying in the heart of nature. The fresh scent of the meadows, the tweeting of the birds, the fantastic views of the Radstädter Tauern range – it’s the small things that make your time at The Stieglerhof Nature and Family Hotel very special. We appreciate the beauty of our region and are thankful for what nature gives us. We run our hotel and traditional farm with enthusiasm. Here you’ll find the combination of hotel comfort and down-to-earthness, innovation and tradition – a combination that is sure to make your holiday here with us unforgettable. It is our wish to live in harmony with nature, something we want to pass on to our guests. A warm welcome to our Nature Hotel in Radstadt.

Own fish farm – fresh catch on the table

Healthy rainbow trout, brook trout, char or golden trout – only regional types of fish are cultivated in our own fish farm. Over 20 000 fish swim in five ponds filled with fresh and clear spring water from the Radstädter Tauern mountains. The fish ponds are just 400 m from the Stieglerhof. A short walk to the ponds is definitely worthwhile, as they are beautifully situated on the edge of the forest. You’ll be surprised by this lovely fish farming spot, which entices you to linger and relax a while. Our own fish farm derives from our love of and great interest in fishing. Our guests are welcome to try out fishing for themselves. A cosy fishermen’s hut is available for use. Our ponds have a constant water temperature of seven degrees celsius all year round and don’t freeze over in winter. Good fishing – hope you catch something.

We are aware of the high quality of our habitat and want to use our resources wisely. Therefore our hotel uses an environmentally-friendly heating plant, that runs on wood from our own forest. Thanks to our private hydro-power station we can provide the whole farm and hotel with our own energy. Savour our fresh water, that originates from our own spring – you’ll appreciate the great taste straightaway. In the kitchen too we set great store by sustainability: Lots of our produce comes from our own farm and local companies in the region. Thus we can spoil our guests with high-quality produce and protect the environment at the same time.

Farm chapel at the Stieglerhof

This simple building stands right next to our main building facing the valley and is a small architectural jewel. Today mass celebrating May Devotion or golden wedding anniversaries are held in the Josef Chapel. In May 2013 the chapel was restored and shines in all its glory for us and our guests. The history of the Josef Chapel at the Stieglerhof goes back a long way.

The story goes that a long time ago a boy called Josef became sick. His father promised that if his son got better he would build a chapel for the boy’s name patron in thanks. The boy got well again and the chapel was built, however never finished and it was used as a carriage shed for tools. For a long time it was rumoured that if the promise was not kept and the chapel not finished, then there would never by peace and quiet on the farm. At last the 4th generation – in 1979 –completed the chapel and it has been used for its original purpose since then.

“Happiness
is being close to nature.” 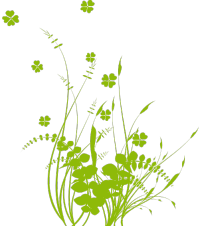 This website uses cookies to improve your experience while you navigate through the website. Out of these, the cookies that are categorized as necessary are stored on your browser as they are essential for the working of basic functionalities of the website. We also use third-party cookies that help us analyze and understand how you use this website. These cookies will be stored in your browser only with your consent. You also have the option to opt-out of these cookies. But opting out of some of these cookies may affect your browsing experience.
Necessary Always Enabled
Necessary cookies are absolutely essential for the website to function properly. This category only includes cookies that ensures basic functionalities and security features of the website. These cookies do not store any personal information.
Non-necessary
Any cookies that may not be particularly necessary for the website to function and is used specifically to collect user personal data via analytics, ads, other embedded contents are termed as non-necessary cookies. It is mandatory to procure user consent prior to running these cookies on your website.
SAVE & ACCEPT
Menü